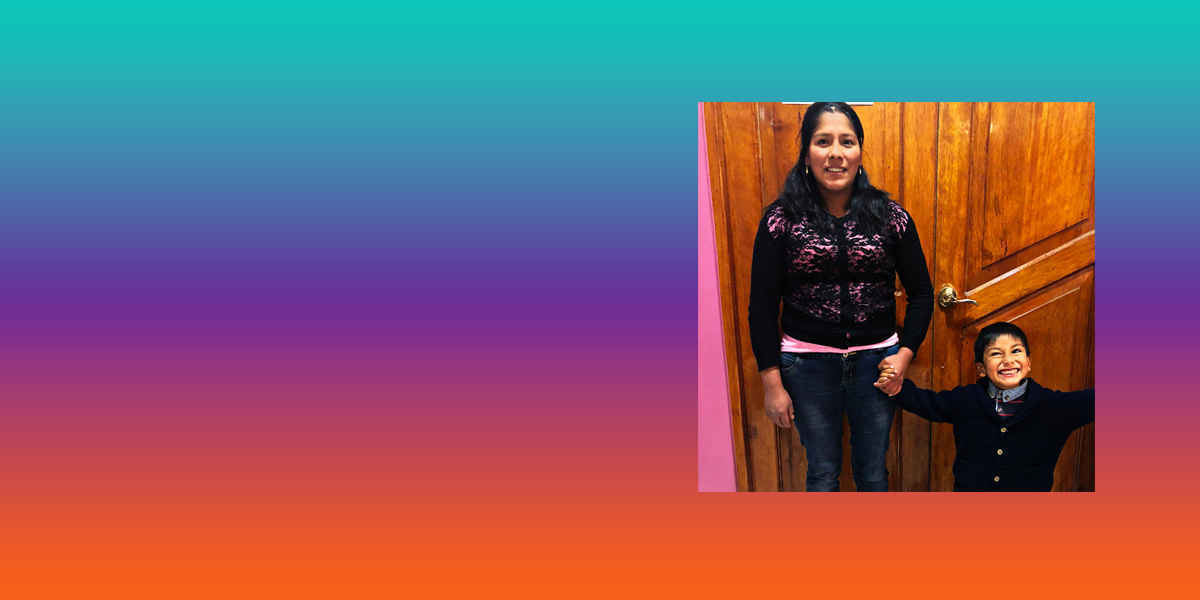 Help Erika start her own business and care for her son

Make a difference, sponsor Erika and her son today!

On any given day, you'll find Erika trekking through the streets of Cusco, Peru toting a 50-pound cooler of papas rellenas. And when you do find her, do yourself a favor and buy that tater. Once you've tasted these traditional stuffed potatoes, just thinking of them is enough to make you salivate. Even though it's harder, Erika would rather carry her cooler than push a cart because it gives her the mobility to find business instead of waiting for it.

Erika's bright smile and gratitude reflect little of the history that landed her in the women's shelter where we found her. She was raped at 16 and the resulting pregnancy forced her to drop out of high school. Though she couldn't provide for the child, who lived with her parents, she longed to simply share a meal with him. Her second son has a heart defect and, like any mom, she worries about being able to provide for his medical needs.

Yes, Erika's life has been difficult, but you won't find her talking about her past much. She's more interested in working toward her future. She once made and sold enough gelatin parfaits (at 30 cents a piece) to buy a piece of land for 3,000 soles. That's 10,000 gelatin parfaits in just one year!

Erika's two most dearly-held goals are to

You can invest in this mom-trepreneur's potato business, and along with it, Erika, Fernando and Gabriel's future. Erika needs an additional $518.75 per month to pay all her bills while her potato business gets off the ground. She is confident (and we are too!) that her potatoes provide a pathway to independence for Erika and her son. Help us raise $6,225 ($518.75 per month for 12 months) to help her get there.