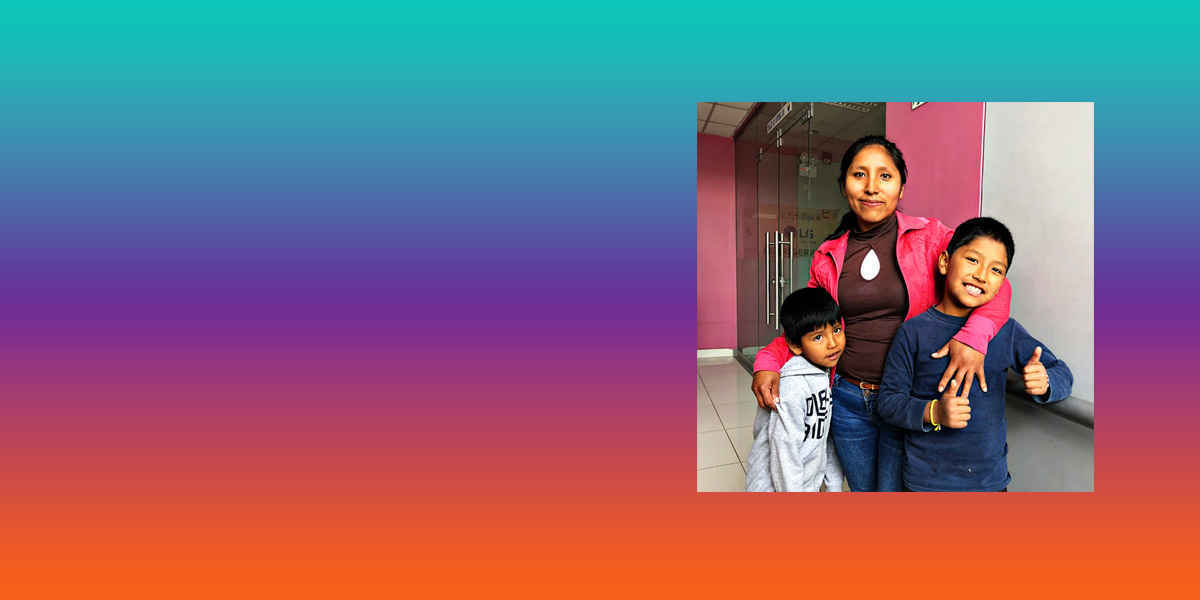 Support Rosabel in finishing high school and achieving her dreams.

Make a difference, sponsor Rosabel and her kids today!

Born in the rainforest to Quechuan parents, Rosabel suffered physical abuse from an early age. At 16, she found what looked like a way out in a man twice her age. Only two years short of a high school degree, she quit school and moved to another town to marry him.

The cycle of abuse continued. Her husband was controlling and abusive when he drank. Rosabel left her husband several times due to the abuse, but desperation to feed her children drove her back. She would rather suffer physical abuse than see her children go hungry. But one last time she suffered severe physical injury and Rosabel left again, committed to never return. She had been living in that abusive situation for 10 years.

Rosabel maintains an incredible attitude and is grateful for the opportunity for a way out. She has a great work ethic and leadership potential, as do her two sons ages 8 and 5. If given the chance, she would not only make good on her own investment, but return to help others in similar situations as her. She recently found a program that would allow her to finish her last two years of high school in one year. For $1,989 over three months, she can support herself enough to finish school and become self sufficient.